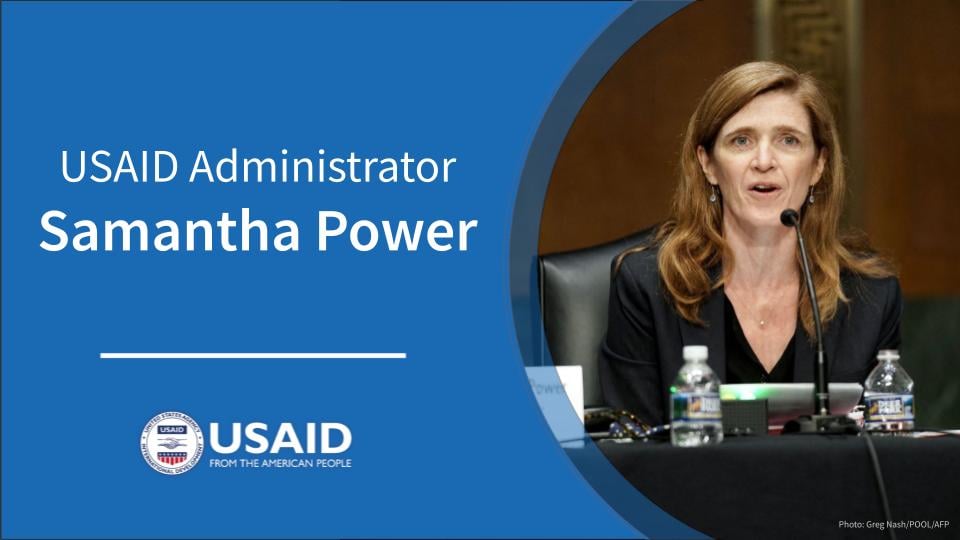 On November 16-18, Administrator Power will travel to Moldova to advance the United States’ partnership with the Moldovan people and participate in engagements demonstrating USAID’s commitment to supporting the country’s reform agenda. While in Moldova, Administrator Power will launch a new program to enhance the competitiveness of the country’s growing digital and communications technology sectors. She will meet with President Maia Sandu and Prime Minister Natalia Gavrilita to discuss Moldova’s democratic progress and USAID’s efforts, in partnership with the Moldovan government, to enhance government transparency, increase economic opportunity, root out corruption, and improve the lives of Moldovan citizens. In addition, the Administrator will meet with journalists, civil society and community groups, the business community, and local government officials.

On November 18th, USAID Administrator Power visited Straseni to discuss how USAID is working with donor partners including SlovakAid, Czechaid, and PolishAID to ensure Moldovan citizens have a voice in the future of their communities and to improve the ability of local governments to serve their citizens.

During her visit to Moldova, USAID Administrator Samantha Power gave an interview covering U.S. assistance to Moldova to Dumitru Mișin of Ora Expertizei.

We invite you to watch this interview here: https://www.youtube.com/watch?v=Sqla4zAAwdA

USAID Administrator Power visited the soon to be open, renovated MediaCor center, a state of the art facility established through a public-private partnership which will equip journalists and content creators with the tools they need to ensure Moldovans have access to high quality, independent journalism.

Thanks to #UKAID and #SIDA for the partnership to support independent media in Moldova.

USAID Administrator Power launches the next generation of USAID’s support for digital innovation in Moldova. https://www.privesc.eu/Arhiva/97103/Lansarea-Proiectului-Tehnologiile-Viitorului–cel-mai-mare-proiect-din-domeniul-inovarii-si-digitalizarii-in-Republica-Moldova

During her visit, USAID Administrator Samantha Power launched the new USAID project to support digital innovation in the Republic of Moldova. This $ 32.8 million program, implemented in partnership with Sweden, will generate new economic opportunities and help Moldova position itself as a regional technology leader.

“Technologies of the Future” is a strategic continuation of the Moldova Competitiveness Project (MCP), implemented between September 2015 and September 2021, which advanced the competitiveness of four emerging economic sectors – viticulture, tourism, light industry and information technologies. The Future Technologies project will cooperate with industry associations and centers of excellence created within MCP – Tekwill, Artcor, ZipHouse, FabLab, Mediacor and Nortek (soon to be launched in Balti) – to promote sustainable economic models based on technology and innovation.