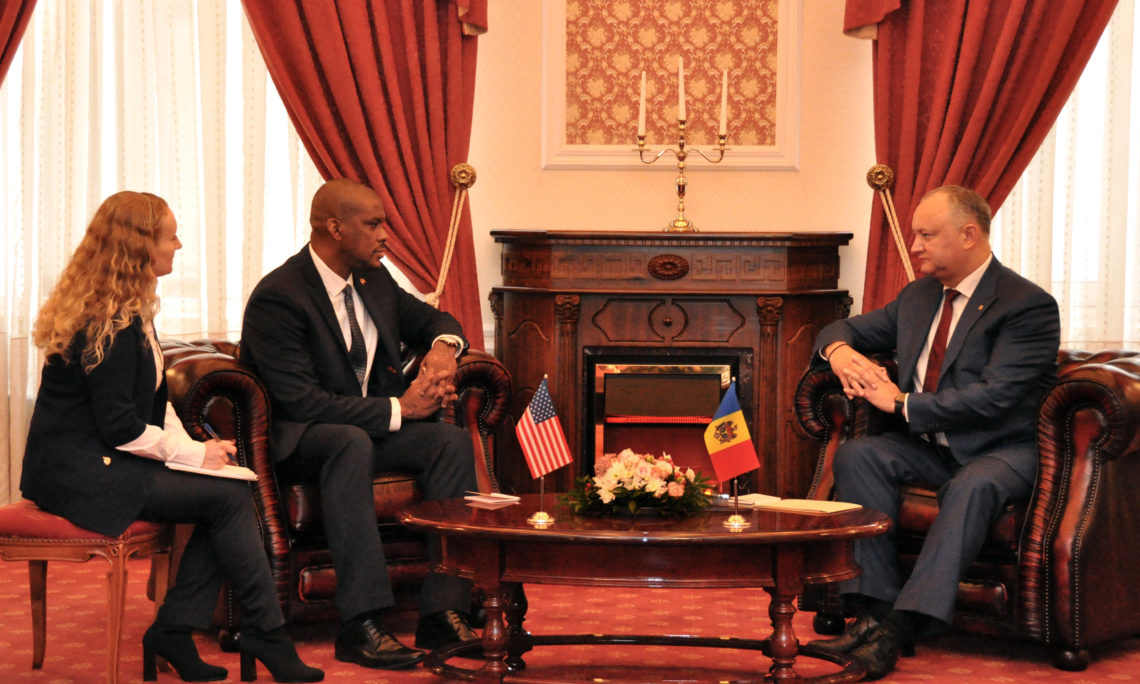 In the introductory meeting that followed, Ambassador Hogan told President Dodon that the United States remains a strong supporter of the Republic of Moldova and the Moldovan people.  He stressed the United States would continue to work with the Moldovan government and people to build good governance, noting the February parliamentary elections represent a critical opportunity to boost domestic and international confidence in Moldova’s commitment to democratic reform, and build greater resilience against foreign malign influence.

Ambassador Hogan noted that the United States has provided nearly $1.5 billion of aid to the Moldovan people since its independence in 1991, which has helped generations of farmers, students, businessmen, entrepreneurs and others across the country.  U.S. assistance has helped Moldova to rebuild infrastructure, including schools and roads; make government services more efficient and responsive to the public; diversify routes and sources of energy; and promote a diverse and export-oriented economy to benefit the people of Moldova.  The United States continues to work to improve the lives of ordinary Moldovans, helping small and medium–sized enterprises to be more competitive, and the local economy across the country to become more sustainable and prosperous.

Ambassador Hogan most recently served as the Deputy Executive Secretary of the U.S. State Department and before that as Deputy Chief of Mission and Chargé d’affaires at U.S. Embassy Baku, Azerbaijan.  Mr. Hogan’s other senior positions in the State Department include Director of the Central European Affairs and Nordic and Baltic Affairs Offices and Senior Advisor to the President’s Special Representative for Afghanistan and Pakistan, Richard Holbrooke.  He previously served as the U.S. Department of State Representative on two civilian-military Provincial Reconstruction Teams in southern and eastern Afghanistan.  His other overseas assignments include Russia, Belarus, Nicaragua, and the Dominican Republic.  In Washington, Ambassador Hogan served as Special Assistant to Secretary of State Colin Powell and a Watch Officer in the State Department’s Operations Center.  He arrived in Moldova on October 25.

Ambassador Hogan has a Bachelor’s Degree from the University of Pittsburgh and a Master’s Degree in Public Affairs from the Woodrow Wilson School at Princeton University.  He speaks Russian and Spanish and is studying Romanian.  He is married to Anny Hogan and they have one daughter, Hannah. 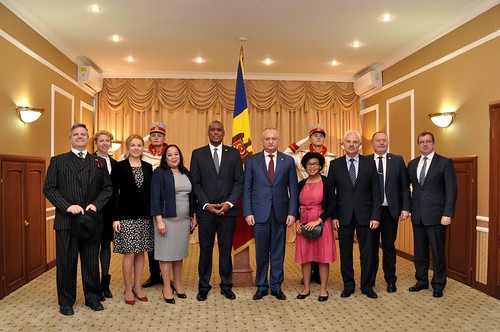