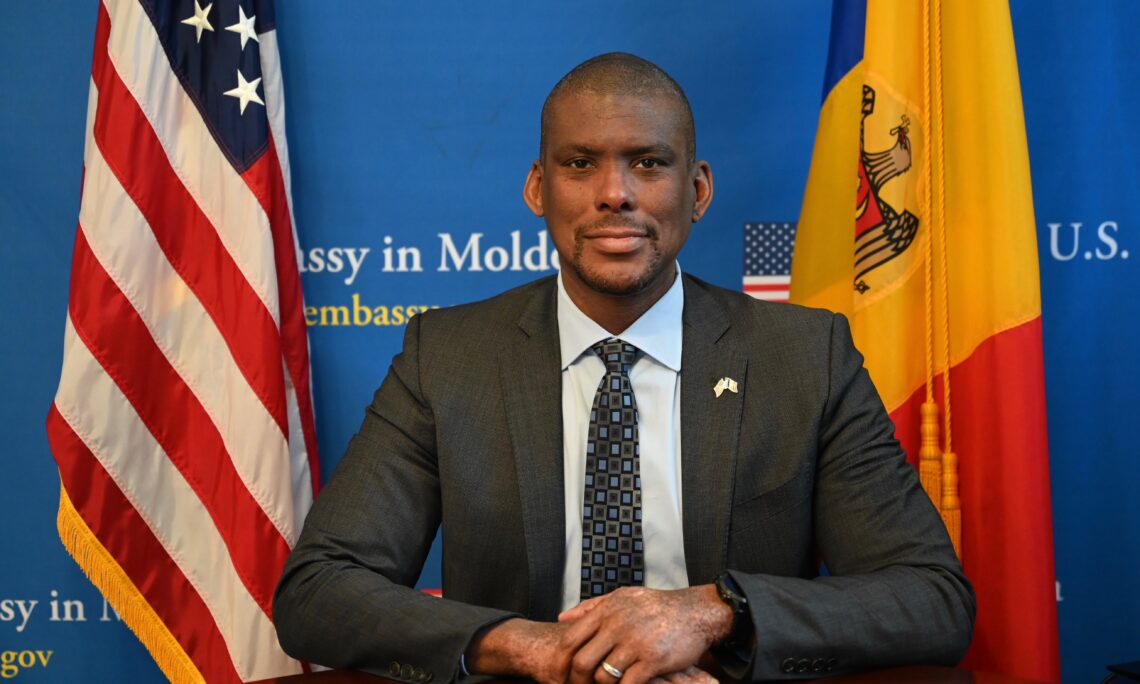 Thank you, Dean Solcan and FRISPA, for inviting me here today.  It is wonderful to have another opportunity to engage with Moldova’s future leaders as the study and practice of international relations are more important than ever.

A lot has happened since I last addressed an audience here.  We are still facing tough challenges, and Moldova again finds itself at a decisive turning point.

Since the COVID-19 pandemic began to affect all our lives, the United States has worked closely with our partners to help support Moldova in the fight against the pandemic.  To date, we have spent millions of dollars, donated medical equipment and computers to save the lives of those infected with COVID, and sponsored the COVAX platform to bring nearly 90,000 doses of vaccine to protect against infection.

Even as we worked together to face this pandemic, Moldova also saw other significant developments at home.  Last November, record numbers of Moldovans voted to elect the country’s first female president and demanded more accountable governance.  Instead, those calls were met with cynicism and the willingness to sacrifice everything – including partnering with oligarchic forces, subjugation to malign influence from abroad, and even threats to the independence of Moldova’s democratic institutions – all to retain political power at any cost.

Fortunately, those attempts failed.  But the outcome was not always assured.  Democracy is fragile and requires constant vigilance to preserve—this is a reality here in Moldova, in the United States, and around the world.

In July, Moldovans will again go the polls to choose who will represent you in parliament.  Not to represent the interests of any person, party, or even a foreign country – but you.

We have been and remain your partner in shoring up and defending democracy.  We want to see Moldova succeed.  But ultimately, it’s up to all of you and your fellow citizens to ensure this country remains sovereign, independent, and democratic. You must continue to demand that government lives up to its promises, that corruption is not rewarded, and that the law is applied equally to everyone, no matter who they are.  It is up to you to seek out and demand unbiased information, instead of propaganda to serve a political narrative or worse.

And the results from the end of last year – when so many Moldovans in the country and abroad went to the polls to determine their future – should give us all reason to hope.  I am heartened when I speak to Moldova’s young people, like yourselves, the leaders of the future.  I am impressed by your intelligence, your drive, and your vision of what this country can and should be, and I am confident of your role in building that future.

As always, the United States will be observing this election very closely.  And we again call on Moldovan authorities and leaders at all levels to ensure an electoral process that is free, fair, and transparent; where all candidates can compete on a level playing field without fear of harassment or intimidation; and above all, that the will of the people is respected in the outcome. We are ready to work with any Moldovan government that is determined to improve the lives of all Moldovans, eradicate corruption, and strengthen the country’s sovereignty.

This year marks the thirtieth anniversary of the establishment of diplomatic relations between our countries.  Through training, exchange programs, and investment, the United States has helped Moldova grow its economy, develop its civil society, strengthen democratic institutions, and preserve its unique heritage.  I’m proud of what the United States has accomplished with the Moldovan people.  And as you work to help Moldova reach its potential, the Unites States will stand beside you and support your efforts, just as we have throughout the last 30 years.

Thank you again for inviting me here today, I wish you the best of luck in your studies and look forward to working alongside you in building a better, common future for our world.