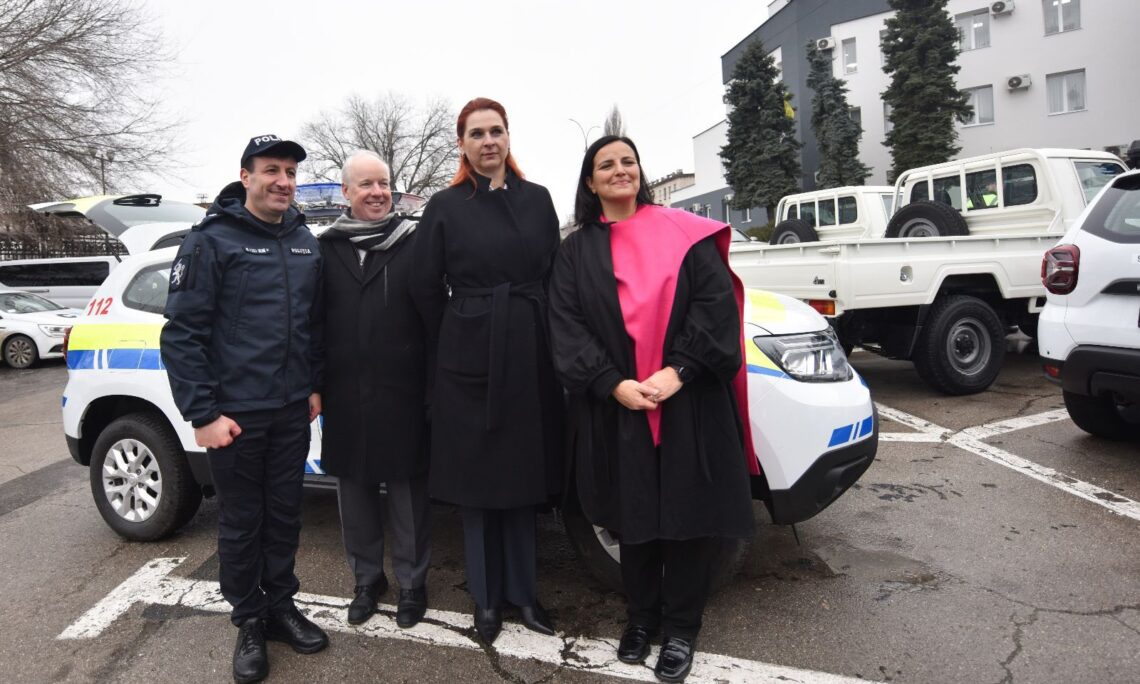 Delivery of Vehicles to the General Inspectorate of Police Photo credit: UNHCR in Republic of Moldova

Good afternoon!  Minister Revenco, Ms. Bonelli, and Chestor Cernauteanu, thank you for all that you have done in the face of this unprecedented humanitarian situation.

I am proud to participate in the arrival of these vehicles to help the General Inspectorate of Police and the Ministry of Internal Affairs respond to the needs of refugees welcomed by Moldova, as Russia’s bloody war of aggression in Ukraine continues.  Thank you to our partners at the United Nations High Commissioner for Refugees for ensuring that these refugees have the support that they need in Moldova.

The United States is committed to partnering with the people and the government of Moldova to address immediate challenges and build a democratic, prosperous, and secure future. These vehicles are only our latest demonstration of that commitment.

They will improve the Ministry of Internal Affairs’ capacity to protect and support those most directly affected by Russia’s unprovoked war.  These vehicles are only one example of our support to the Ministry of Internal Affairs and the Government of Moldova to assist all refugees fleeing Russia’s aggression.  Since February of last year, the United States has contributed more than 320 million dollars to support Moldova in the face of this crisis, including more than 75 million dollars for the humanitarian needs of refugees and Moldovan citizens.

Such outside support is crucial, but it is the actions of the Moldovan people and government that have truly made the difference.  Amid the sorrow and destruction caused by this war, the warm welcome and support that Ukrainians have received here has been inspiring.  I am confident that Moldova, with its international partners, will continue to support the most vulnerable, especially women and children, fleeing the humanitarian disaster caused by the Kremlin’s war on Ukraine.  The United States will stand with Ukraine for as long as it takes.

Thank you very much.