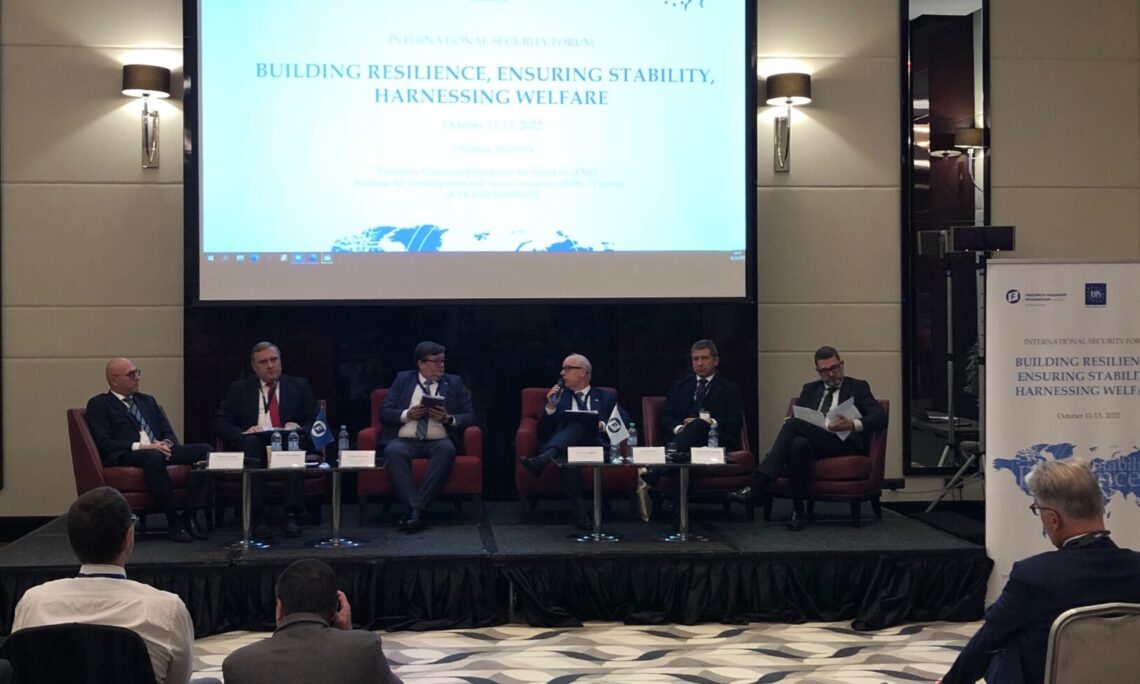 Minister Popescu, Excellencies, Ambassador Munteanu, good morning.  I thank you for the invitation to be with you at this important event.  As we approach the eighth month of Russia’s brutal, unprovoked invasion of Ukraine, the world continues to marvel at the bravery of Ukrainians who fight to protect their home and their country.

We also recognize the effects of this war on Moldova.  As a direct consequence of Russia’s aggression, food and energy prices have risen across the world, and Moldova now has one of the highest rates of inflation in Europe.  Despite these serious challenges, Moldova stands with Ukraine.  Since the war began, Moldova has welcomed over half a million people fleeing for safety.  Moldova also decided to stand with Europe, applying for and receiving EU candidate status.  Moldova showed the world that solidarity, not isolation, is the key to security and prosperity.

The government of Moldova is advancing efforts to reform the judiciary and restore its independence and the integrity of its justices.  Moldova is working to fully implement the Istanbul Convention, empowering law enforcement and social services to serve some of Moldova’s most vulnerable people.

The military is enhancing its capacity to defend Moldova’s constitutional neutrality.  In all of these areas and many more, the United States is proud to partner with Moldova, and we truly value Moldova’s contributions to international security.  The values we share are a powerful force for stability in Europe and throughout the world.

Moldova has much to offer as a partner in resisting aggression.  As a global leader in Women, Peace, and Security, Moldova boasts some of the highest rates of female leadership in the world.  This underscores the pivotal role women should and do play in conflict prevention and sustainable peace efforts.

Throughout these proceedings, in addition to seeking out opportunities for more effective coordination, we should keep in mind what everyone can learn from Moldova’s efforts to make the world the world a safer and more prosperous place.  Thank you very much.