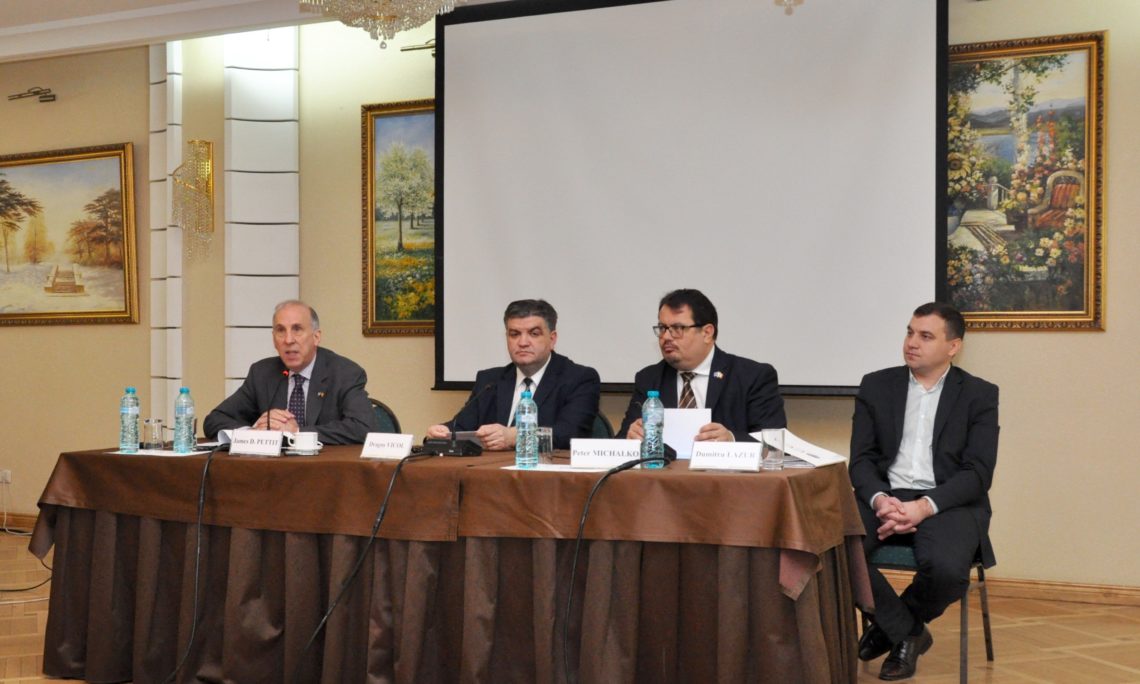 Thank you, Dragos, for your invitation to be here today.  Thank you, Dumitru, for the work you are doing through the Council of Europe to keep the legislative process moving forward to modernize Moldova’s media regulations.  The U.S. Embassy is proud to be a co-sponsor of that effort led by the Council of Europe.  We urge the government to pass the complete A/V Code, fully compliant with EU standards, at the earliest opportunity.

The U.S. Embassy continues to be one of the most active supporters of media freedom and pluralism in Moldova because media freedom is a key human rights issue.  That is why we are here today, including Ambassador Michalko representing the European Union, which has codified media freedom in the Association Agenda.

This is a critical moment for free media in Moldova, perhaps the most critical, as we are coming upon a significant election year.  Moldova needs a thriving independent media environment that represents a diversity of views and that is available to all citizens.

Foreign propaganda is a concern in Moldova, and the United States certainly understands the risks posed by Russian disinformation.  But Moldova also faces issues with domestic control of the media.  Freedom House states that ownership concentration, especially in the television sector, is one of the greatest obstacles to media independence in Moldova – estimating that 80 percent of domestic television stations are owned by people affiliated with political parties.  This situation not only threatens media independence in Moldova, but also results in messaging that can be characterized as a different type of propaganda, from internal sources.  We must recognize, name, and combat this trend with the same vigor with which we approach foreign misinformation.

That’s why the U.S. and European Union response is to increase our protections of independent voices here.  We will not use the fight against propaganda as a pretext in shutting down alternative voices.  Furthermore, international experts such as the Council of Europe and OSCE have stated that wholesale bans are not effective in the fight against Russian propaganda.   And as we address these tough questions, you can count on the United States to be there as a partner.