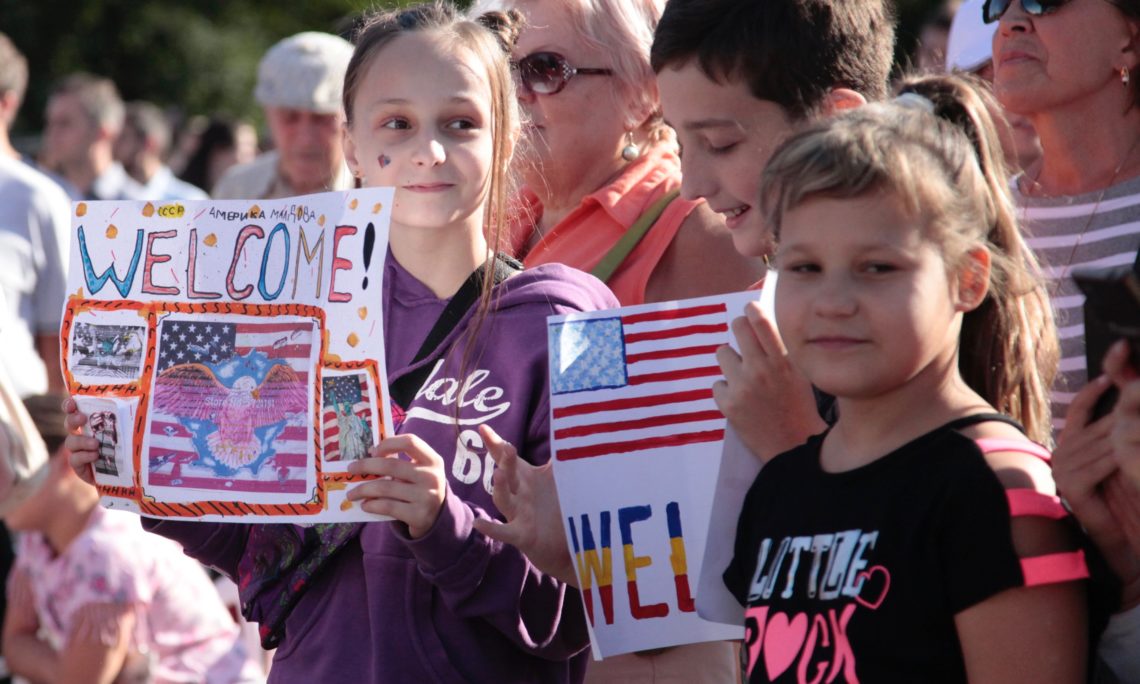 The U.S. Embassy brought traditional American food, jazz music, sports, and movies to six different cities in the Republic of Moldova with its inaugural “America Days” festivals. During the first two weekends of September the Embassy staff visited six cities around the country to showcase the United States’ productive bilateral relationship with the Republic of Moldova.

At the start of the Chisinau event, Ambassador Dereck J. Hogan said:  “Since Moldova’s independence, the United States has invested over 25 billion lei here to help Moldova strengthen its economy, improve regional security, fight corruption and increase transparency and accountability, and develop strong, independent voices in the media.  As you enjoy America Days, I hope you also learn a bit about how our assistance has helped to improve the lives of Moldovans across the country – including right here in your own city.”

America Days brought a little piece of the United States to Moldova.  Moldovans had the chance to grab some American food, play some American baseball and football, and watch some great American movies. They also welcomed two American bands – “Ginetta’s Vendetta” and the U.S. Army Europe’s “Rhine River Ramblers” Dixieland band – who got people dancing.  Thanks to the embassy’s local partners who were present in all the cities, attendees also were able to learn about the wide range of the U.S.-Moldova partnership, which includes fields as diverse as organic agriculture, independent mass media, military training, and the information-technology industry.