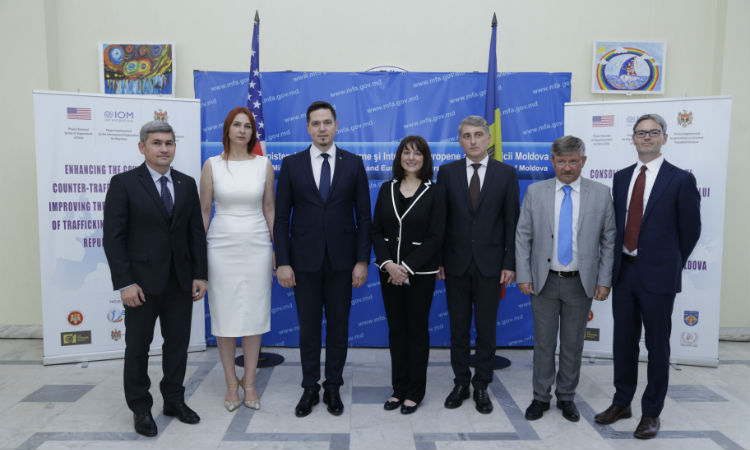 On May 29, INL Moldova officially launched a new Project in combating TIP with the participation of Charge D ’Affairs of U.S. Mission in Moldova Julie Stufft, Minister of Foreign Affairs and European Integration, Minister of Internal Affairs, Prosecutor General and IOM Chief of Mission.