On February 18, 1992, President George H.W. Bush and President Mircea Snegur formally established diplomatic relations between the United States and the Republic of Moldova. They agreed that our two countries would work together to tackle mutual challenges and achieve common goals.

The relationship between our countries started with a formal agreement between Presidents, but its true foundation is the people-to-people ties we have built over three decades.

We will continue to build our partnership, together, based on shared values and common interests, so that it may grow and thrive over the next 30 years and beyond.  I believe this is a moment to celebrate, take stock of our past achievements, and work together for a peaceful and prosperous future.

Ambassador Logsdon shares his thoughts on the 30 year partnership between the Republic of Moldova and The United States. 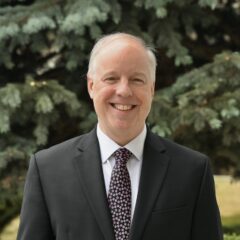 Op-ed by Ambassador Logsdon on 30 Years of Diplomatic Relations