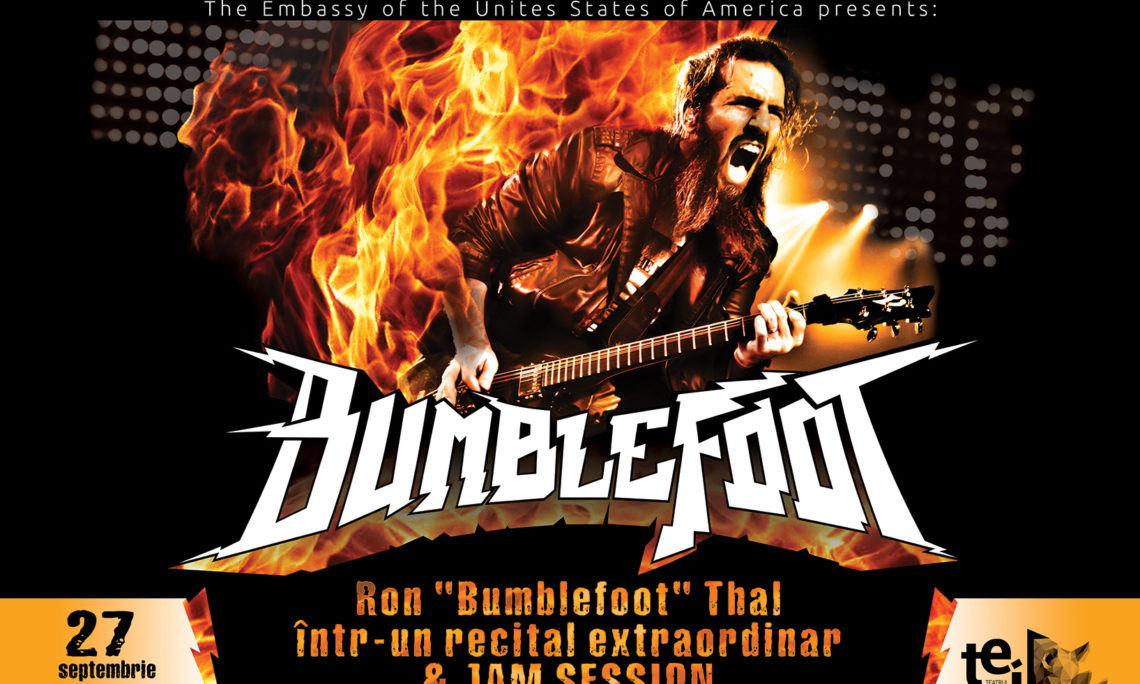 A world-renowned guitar virtuoso that’s been the leading guitarist of Guns N’ Roses (2006 – 2014), an award-winning vocalist, songwriter, and producer Ron ‘Bumblefoot’ Thal will have an extraordinary recital followed by a jam session one night only in the Republic of Moldova on September 27, 2017 at the National Eugene Ionesco Theatre in Chisinau, an event that will heat up rock lovers as well as the electric guitar fans.