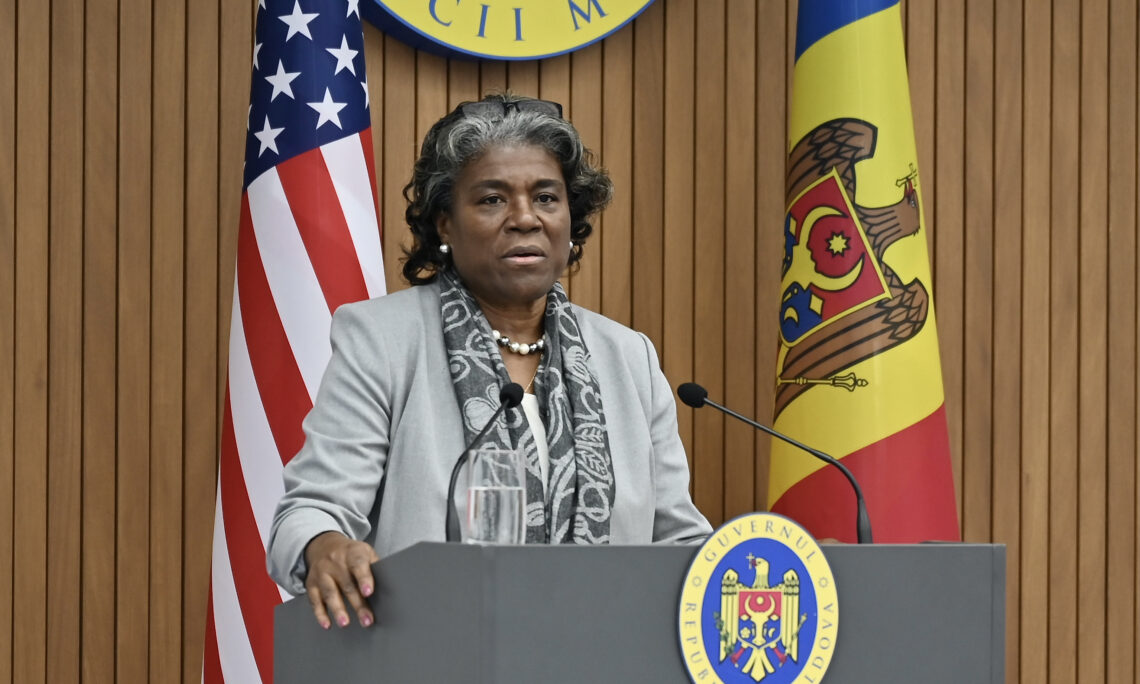 U.S. Ambassador to the United Nations Linda Thomas-Greenfield visited Moldova on April 3-4, 2022. During her official visit, the Ambassador met with government officials engaged in the humanitarian response, with Ukrainian refugees, and with NGO partners and United Nations agencies working to aid the refugee population.
Ambassador Thomas-Greenfield reaffirmed the United States’s ongoing commitment to delivering humanitarian assistance to those impacted by Russia’s unprovoked and unjustified war.

U.S. Ambassador to UN Linda Thomas-Greenfield announced that the United States would provide an additional $50 million to help the Government of Moldova and its people cope with the impacts of Russia’s brutal and unprovoked war in Ukraine.
United States Announces $50 Million in Additional Assistance to Moldova in the Context of Russia’s War Against Ukraine
Video: https://youtu.be/NYwiCgbnoBc