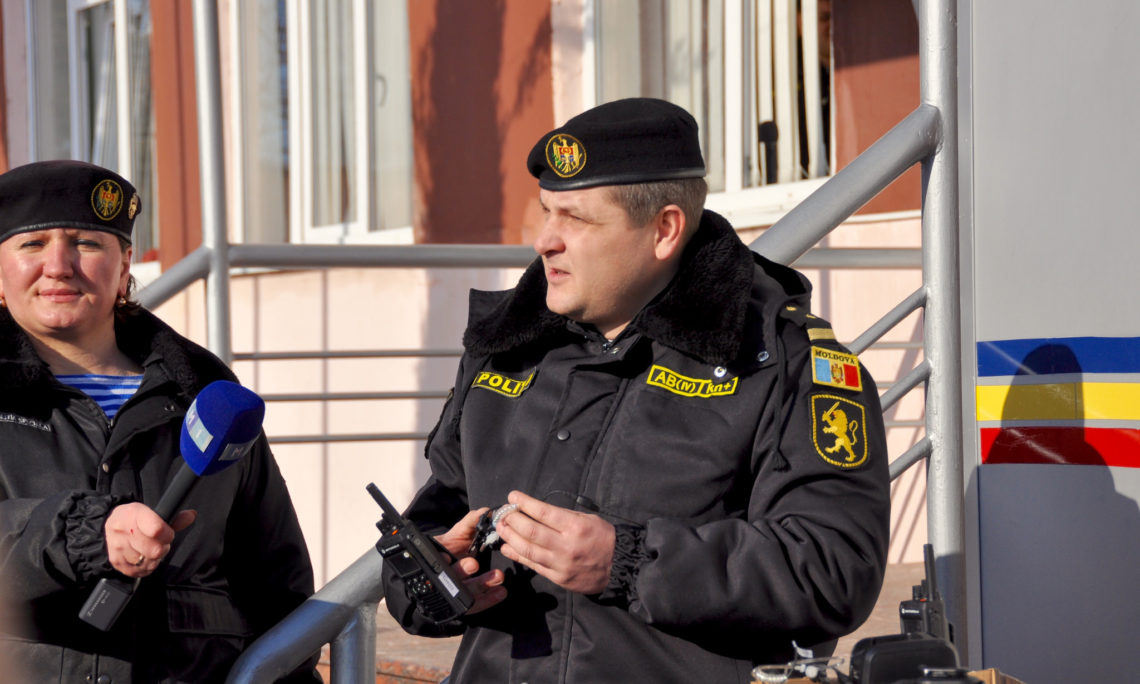 On January 23 2018, The U.S. Embassy donated 56 TETRA radio stations (52 portable stations and 4 mobile stations) to the Police of the Republic of Moldova.

Tetra mobile stations allow the police to communicate and transmit information in less than three seconds in a secure and encrypted manner. The efficient function of this radio system will also add to the safety of officers using the system when they are in need of assistance or responding to emergency situations.

The radio units have a built in GPS system that can locate officers instantly to ensure their safety.

The  70.000 USD value equipment has been donated through the UNDP project ”Support to police reform of the Republic of Moldova,” financed by the U.S. Government.