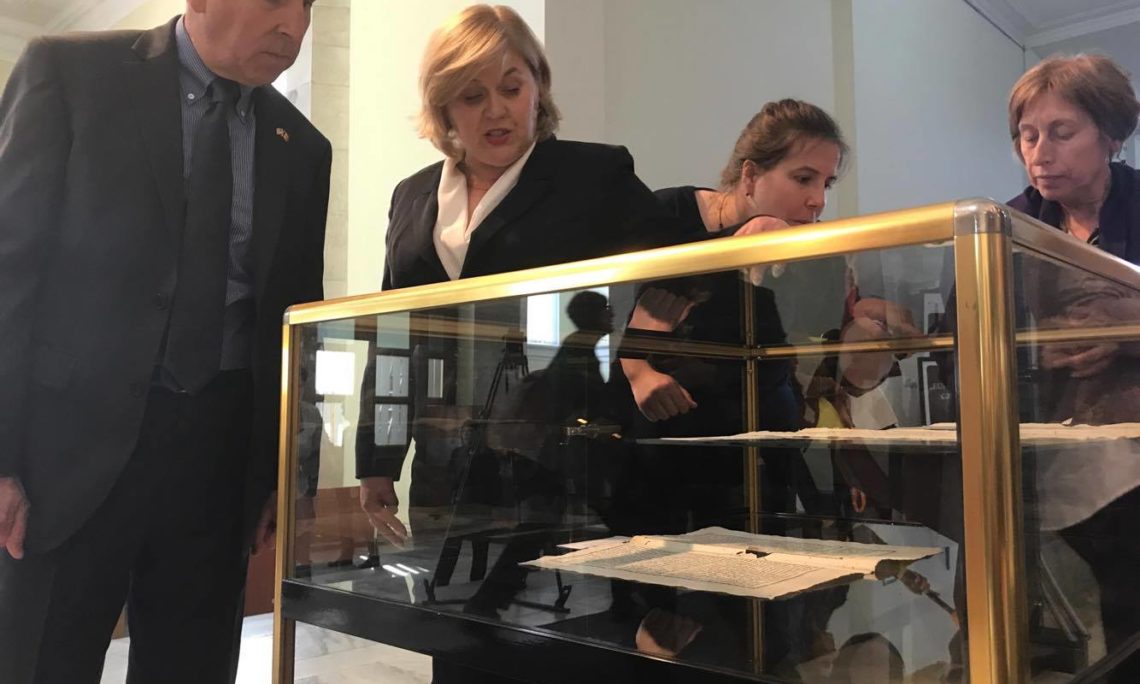 On September 26, the U.S. Embassy in partnership with the Ministry of Education, Culture and Research of the Republic of Moldova launched the project: Preservation of Early 19th-Century Bessarabian Charters and Historical Documents.