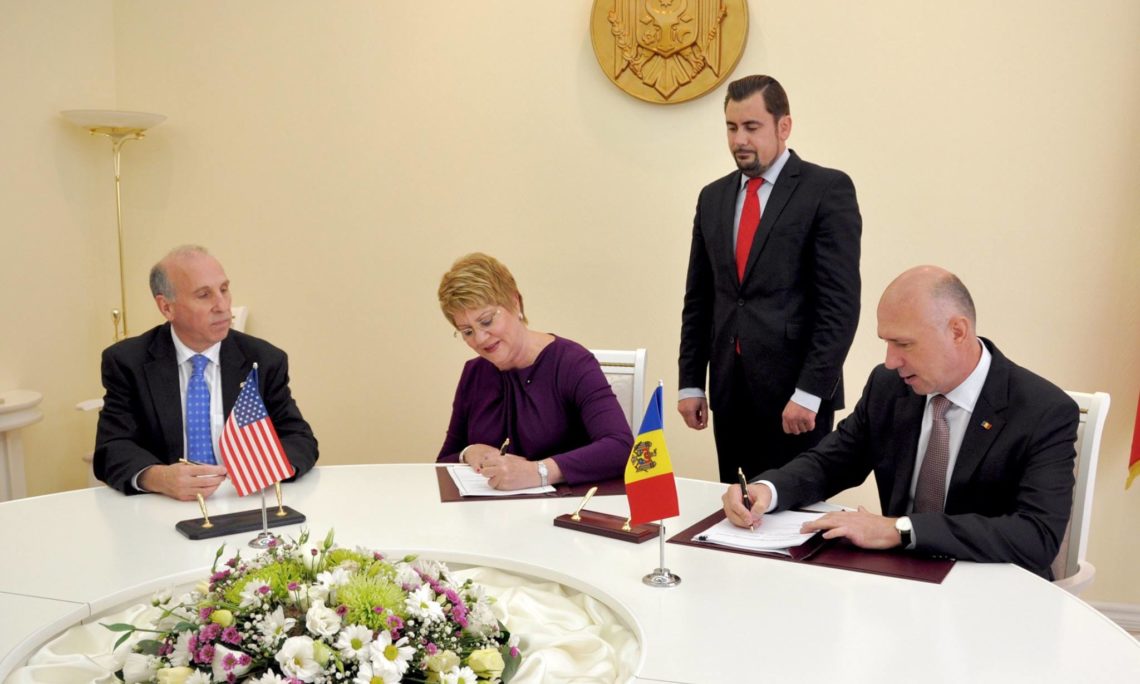 Prime Minister Pavel Filip and United States Agency for International Development Representative in Moldova Karen Hilliard signed the agreements and the United States Ambassador to the Republic of Moldova James Pettit served as a witness to their signatures.

The agreements reflect the United States’ policy on ensuring that assistance from donors is coordinated with and supportive of host-country priorities. The activities to support good governance will focus on increasing citizens’ engagement in overseeing governmental decision making, improving transparency and accountability of the justice system, improving local governments’ responsiveness to citizens’ needs, and combating corruption.

To increase investment the projects will focus on improving competitiveness, enhancing the business climate and regulatory frameworks, increasing access to finances, and improving agriculture practices.

USAID will provide funding through contracts and grants to implementing partners who will carry out work in Moldova in each of these areas, and who will be responsible for reporting on the use of funding and on progress toward the goals of each program.  The United States may modify these agreements in the future to include new activities and funding, in consultation with the Government of Moldova.